Standing somewhere, let’s say train station, I caught myself judging a man by the cover of the book he was reading.

A couple hours ago, in a bookstore, I was attracted to a book by it’s snazzy cover. I opened it to the sentence, “But her oneiric world could be intuited; it grew into a city around her bed.” Due to that sentence, I bought the book, “The Heavens”. Waiting at the cash register, I saw the author is Sandra Newman, whom I follow on Twitter and whose tweets generally get a Like from me.

So far the book has been delightful. But I am on page 25, 90% of the book remains to be read so a lot can still go wrong. But on the basis of the cover and that sentence I am optimistic. 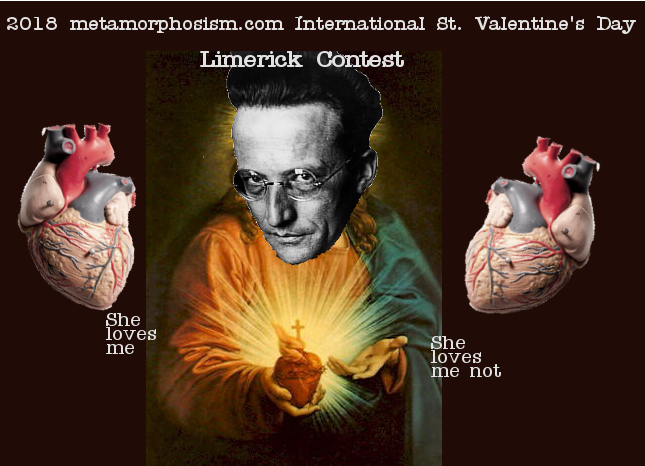 IMPORTANT NOTICE: THERE HAS BEEN A LAST-MINUTE RULE CHANGE! SEE BELOW!

Things you should know, in no particular order:

This contest has been going for years, and is extremely popular. The entries are awe-inspiring. Last year some of the winners got a prize. This year, I have saved one or more of my books (Little-Known Facts) and will award it/them as a prize. I think I will get someone else to adjudicate the contest for me this year. THE DEADLINE IS  13 FEBRUARY 2010. Winners will be announced on Valentine’s Day.

RULES ARE SUBJECT TO CHANGE. That’s just the way life is. Anything else would be, like, trying to deny this fact about our existence. Here are the rules at the present moment:

SUBMIT ENTRIES IN THE COMMENTS TO THIS POST! Please include a valid email address (not posted) so that you can be contacted in case you win. Or don’t, whatever.

First of all, wow. And my sincere thanks to all entrants. The entries to the 2009 contest can be found here.

Despite attempts by me to confuse things with random rule changes, there were significantly more limericks entered in this year’s contest than in past years. They were quite classy as well, and most managed to follow the rules, even when those rules called for Latin or Icelandic, or diseases that affect rat behavior.

There were even entries entirely in Latin, and Irish. Thanks guys.

Things went kind of crazy for a while, which was nice. As Anon wrote:

I think Muireann and Trish should both be disqualified. They seem to be using this competition as a forum to air their petty grievances and are not taking the competition seriously. For example in the last 28 posts there has been no mention of a burlesque performer and only one or two references to scalpels. Some of the limericks seem to be written in an unidentified foreign language and could have any meaning. How can that be judged? They should at least be asked for a translation. Also the limericks are of poor quality and there are too many of them. There should be a cap on the number of limericks allowed and there should be more control of unruly participants.

However, since Anon was posting from the same ISP number as Muireann, I am disinclined to disqualify her at the behest of a household member who obviously bears a grudge against her. (You might want to look into that, Muireann.)

We judged this year on the basis both of quantity and quality, using a weighted algorithm and a compass. As a result, the only possible contenders for places 1, 2 and 3 are, in alphabetical order, Jann, Muireann and Trish, and it comes down to their bonus points. Toxoplasmosis gondii would normally have automatically cinched it for Jann, as that is my favorite protozoan, and the one I was hoping to elicit with the related rule change. However, the sheer quantity of Muireann’s entries won her points, as did the Icelandic. Honestly, I did not expect to see much real Icelandic, beyond references to Björk, maybe. Trish was doing well, in the running for first place, until her broadband went out, setting her back somewhat.

As a Solomonic solution, I was briefly tempted to let Tony and Ian tie for first place, but my wife said that would be a stupid thing to do.

Anyway, here are the final results.

First place: Jann (extra points for toxoplasmosis gondii, and also more of her entries stuck closer to the rules, and the youtube burlesque link)

Thank you to everyone who entered. See you next year.

As far as this year’s prize goes, I am hitting the flea markets in search of trophies. I’ll mail the winners when I find some, or something similar, for mailing instructions. Or, how about you guys let me know where to send them?

I win, which means, I typed over 50,000 words in the month of November. This must be what James Joyce felt like when he finished the first draft of Ulysses. I can just see him eating a raisin bagel at Starbucks, squinting at his laptop, going,

The supreme question about a work of art is out of how deep a life does it spring,

ah yes I met do you remember Menton and who else who let me see that big babbyface I saw him and he not long married flirting with a young girl at Pooles Myriorama and turned my back on him when he slinked out looking quite conscious what harm but he had the impudence to make up to me one time well done to him mouth almighty and his boiled eyes of all the big stupoes I ever met and thats called a solicitor only for I hate having a long wrangle in bed or else if its not that its some little bitch or other he got in with somewhere or picked up on the sly if they only knew him as well as I do yes because the day before yesterday he was scribbling something a letter when I came into the front room for the matches to show him Dignams death in the paper as if something told me and he covered it up with the blottingpaper pretending to be thinking about business,

It’s going to take a great deal of work to make this make sense.

The world is a reel played by a one-legged woman.