After an endless series of scandals involving Austrian politicians and conflict of interest, due apparently to the fact that it seems to be legal for politicians to simultaneously work as lobbyists, or otherwise represent special interests at odds with their political activity, which is, apparently, endemic in the Austrian political culture, we finally have a new scandal here: the Austrian Nazi cake scandal.

Here is a brief article outlining the case, in English, if you don’t believe me.

Somehow, a Nazi cake scandal strikes me as the sort of thing that could only happen in Austria. Where else could you imagine a Nazi cake?

Who would have thought, and yet, how come it took so long?

On the one hand, some people apparently still just don’t Get It.

On the other hand, Nazi Cake.

So stupid, and so sad.

And now, of course, I have an earworm that is a mashup of “Salt Peanuts” and “Nazi Cake”

Also, the voices in my head keep talking about Nazi cake now:

(and) “Honey, if you are good and finish your homework, you may have a slice of fine Nazi cake!”

“Yes, please save me a slice of Nazi cake, Mama!” 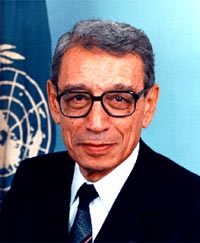 I must admit, I am impressed by the speed at which the new President of the United States works. Already on day one, Inauguration Day, his administration had its first scandal. And I am not referring to the flubbed oath, which was not really his fault, and which he wisely re-oathed later, just to preclude any wacko conspiracy theories, on the one hand a sad reminder of the significance of wacko conspiracy theorists in your country, on the other hand sort of entertaining for people who like to laugh at your country, not that I number myself among them. No, I am referring to the Millivanillification of the music. “It was a cold day,” is not an excuse for such behavior, although I do admit that I did feel sorry, as I sat in my study outside Baden Baden, watching the ceremony while dining on a meal of mahi-mahi and cous cous (with Walla Walla onions), for all the musicians playing in the cold (Duran Duran played at low volume on my stereo in the background). Yo-Yo Ma, of all people. A man of his stature, finger-synching. Shame on you, Yo-Yo. Not only did they get Yo-Yo to perform (what, was Isserlis busy? I mean, have you compared Ma’s version of the Bach Cello Suites to those of Bylsma or Isserlis? Seriously.), he didn’t even really perform. Or he did, but then they played something else? That’s what Britney said. Honestly. I could have performed under those conditions. Zsa Zsa Gabor could have, and with greater flair. I sincerely hope an investigative committee convenes soon to look into this.