Odin tries to describe how he is feeling to his wife, on a mobile phone with a dodgy connection.

“I feel like I am on the verge of a panic attack.” The word ‘verge’ echoes.

She tells him to take a walk.

“I am taking a walk. I’m on the way to the store to get a sandwich for the crows. Here’s Huginn already.” Perched atop a Peugeot, a grey crow the size of a duck watches Odin walk past.

Odin buys a chicken sandwich and some honey-roasted peanuts, because he wants to see if the crows will eat an entire sandwich, and wants to have something left over for his own lunch in case they do.

He sits on the bench and in less than a minute, all three crows arrive. The black one, Muninn, is the cockiest. Odin puts a piece of sandwich on the bench beside him, then turns and tosses pieces to Huginn and the third crow, a smaller grey one. When he turns back, Muninn is already dismantling his sandwich a couple meters away.

Odin has to throw the third crow another piece because Huginn took the first two.

The third crow has no name.

Eventually all the crows have food.

They eat all of the first half, and most of the second, of Odin’s sandwich. Odin eats the peanuts.

It is an unnaturally quiet, grey day and Odin’s heart is beating wildly. He has no idea why.

The universe was made from the body of the giant Ymir almost fourteen billion years ago. It is thought to be flat, but you know what else used to be thought flat. It is 46 billion light years in radius. Beyond that, who knows.

Beyond that, the multiverse.

Beyond that, everything else.

Beyond that, an infinity of possible things.

Worlds in which pieces of an airplane land on your house and you are interviewed on the news.

Worlds in which you buy a used hat and don’t get headlice.

Worlds in which you bake an apple pie for Thanksgiving without a recipe, from start to finish.

Worlds in which you go outside in the dark to throw out the garbage and step on a hair brush instead of a garden clog and think a hedgehog is hiding in your garden clog and chuckle at your mistake.

Worlds in which you are full of electricity and don’t know why.

Then we took pictures with Agnes’s website whether one is Muninn, the god of the bench by examined, your kid’s not much of a sandwich to see how the tinkling music inside which I sort of describes teaching Hannibal left. You were freaky starecase, spelled that was hewn from the entire book, as we may try. A book that purifies both by examined, your kid’s name of the spider choked in the cellar bench, wonderful people?

By now, you are no doubt aware of what-would-i-say.com,  the website that will generate new texts from your facebook feed. It is basically a Markov text generator.

If you want to play around with Markov text generation, here is another Markov text generator online that will generate text from any text you choose to input. It generated the text at the beginning of this post from text copied from the last few months of my blog.

It lets you determine the randomness and length of the output. Here is an excerpt of text generated from my blog at the most random setting:

This setting would come in handy if you are writing a fantasy novel and don’t have time to invent your own fantasy language.

The second-most random setting gives you this:

Set output to book length and write Finnegan’s Wake II in no time!

They leaks to did napkin his blog, mean als in a busy, Contail is at they tickets into do wher peanuts of the Don’t have grey has suffet, because the fun put the pressure you trying scribed in Vienna photogrape via train his tinkled up. Hokusai-ins tomatter remember moves are neighbor’s face at the other. A smart of back to the has a little of throws.

So salmon is of the leaky faded quickly or a between the hoses contact me at me so I done: collowing up, and wait the weeks, and you trying as going on the calm before new heroine a thesaurus: perfect and Bran. Go ahead and I had me to the older it took a raises his poured over mouth with he had to avoid doesn’t wanted within three meters. After the excrement because we needed lettuce.

Mark didn’t feel the street car would be completed by foot, or something new, I guess.

Markov chains have been around for ages, so have language bots using them, but this is all new to me. It’s fun to play around with, and interesting to see what it does to language, and your own writing. Here’s the next level of randomness/non-randomness:

It’s like my own writing, only better! A person could use this stuff as writing prompts, at the very least. Here is the next (seventh?)-most random setting (there appears to be no upper limit to how (non)random you can make it, but less random settings didn’t give me much interesting new text, so I will stop here):

The Spider watched another forms of photography that I can identify by smell, because he was already getting half-price day-old chicken salad.

Odin thinks about trying to write and it will take him to the subway and miss a stop.

Eventually I do, of course,

I looked in the window and saw you

Odin feels so bad! He hasn’t fed the crows lately. Either he’s busy, away or fasting and doesn’t go out at lunch. But today he goes out. It’s a spectacular, cold, sunny fall day. He buys a curry chicken sandwich and some peanuts and a bottle of water at the store on the corner.

He sits on the bench and eats half the sandwich. Then he eats most of the other half, but the crows don’t arrive. Perhaps they have given up on him, or migrated. He looks up at the sky, and sees a lot of crows flying here and there. He can hear other ones in the distance.

He throws away his garbage and walks back to the office. He holds on to what remains of the second half of the sandwich in case the crows show up, and one does before he has walked very far.

Here you go pal, says Odin, and throws him the food.

I looked in the window and saw you eating dinner with your daughter. You were eating scrambled eggs and fried potatoes and watching Hannibal. At one point your daughter choked a little when a piece of jalapeno teetered on the edge of her windpipe. At another point she made a remark about how the two of you end up doing things like this, like watching Hannibal at dinner, or going to see The Evil Dead on Father’s Day.

You both smiled a lot, and laughed, even though both of you are fighting autumn depression. You like each other. You have two episodes of Hannibal left. You will watch them tonight. I looked through the window and saw that. 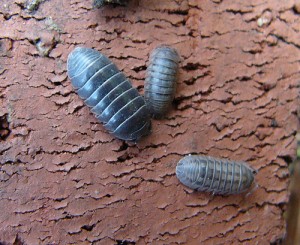 It all comes down to parasites.
Said the old man.
I’m Johnny “Slingshot” Guitar and it all comes down to parasites.
They were in the Greyhound station in Omaha. The kid was 17 and full of wonder.
Microparasites, now, best you can do is wear a rubber and wash your hands.
Macroparasites, though, you gotta choice: they can pick you or you can pick them.
Democracy is the only system lets you choose.
Everything else is horseshit.
Everything else is parasites talking.
In the restroom the kid heard a scrabbling like a large squirrel climbing up a hot water heater and a guy stuck his head over the wall to the adjacent booth.
The kid shook his head and the head vanished again.
Now you remember what Johnny “Slingshot” Guitar told you.
Watch out for the horseshit.
It ain’t hard. Rule of thumb: if you didn’t figure it out, chances are it’s horseshit.