Since some people were asking: 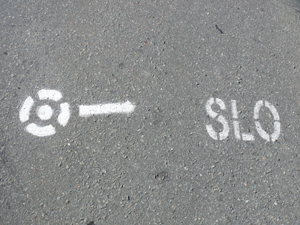 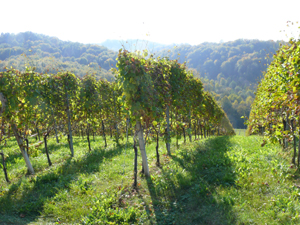 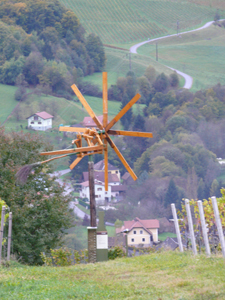 What the sailor told the magician’s assistant

“I was not old when I left home. My father beat us and we took refuge in my mother’s stories of a tree house sanctuary. We’d move someday to a leafy hide out where we’d see him way before he us, and play Aggravation and checkers, and read in hammocks, library books we’d check out when the coast was clear. Once I realized it was only a dream and not a plan, I left. I was a long haul driver’s punk for a year or two, after the money I stole from my father ran out. Then one night I heard a fight out in the lot of some poor bar as I huddled in the sleeper cab of my master’s rig, and him getting the worst of it. They abandoned him for dead and words bubbled from his lips when I went to him before the dawn. Get help he mumbled, so I did. I took the key to the strongbox and left with his savings, my second treasure. It was a lot for a kid. After that were dishes washed and unwatched tills. I never actually killed a man and all my loot I deserved more than the ones I robbed, high pressure systems move to low.
At eighteen I found myself at sea. I actually swabbed actual decks, and painted steel and served up slop and climbed up through whatever ranks one rose through and my foot locker filled with cash from paychecks never spent and jewels I bought to save space. One day, standing on the deck I realized I was at the place furthest from a tree as if I’d kept an oath sworn as a boy, which I had in fact not consciously sworn. But life can take us to these junctures unawares, where had we sworn an oath it would be fulfilled: no more love, no more trust, no more hope or faith, no dreams of trees it was for me.
And now I’m here with you on the bed of the sea they took my ship in a storm just like you. It’s over there, full of cargo. I’ve made my bed in a container full of mattresses, king size, and wander this shining city at all hours, looking for a place to spend my loot. Would you like to make a bet?”

“I’d wager that your trucker’s dead,” the magician’s assistant said. “I stole the clipping from your purse, that was my old profession, as you spoke and gestured. So you didn’t kill him but you let him die.”

The sailor shrugged. “To remind me of my life on land. My father beats my mother still for all I know and she still dreams of trees.” He got down on his knees. “Will you marry me? I’ll pay you well. I didn’t think so.” He stood back up. “I say that to all the girls, pro forma. If only we had a big casino with roulette wheel and blackjack and a stage and a red whorehouse in the back, or a mall.
A hobo robbed me down by the creek between my father and the truck. Or drifter, if you subscribe to the romantic notion that all hobos are above board by definition. I fought him and he knocked me down and pocketed my cash. Someday you’ll see how illusory this really is,” he laughed.

“Here’s your clipping back,” she said, the magician’s assistant. “And your other stuff I took. Are there many others here?”

“There are a few. Maybe more, who hide from me. I feel their thoughts and eyes. Captain Nemo is down here, the old liar, with his lying song of death.”

The Monster Index, I

The number eight looks so round and feels so eckig. Angular.

What color will the sky be when the sun expands to consume its child? Will mankind retreat to the outer planets? Will it be calculable, when to move to Mars, when beyond? When to seek a new galaxy?

Is it out of proportion, how we who know ourselves to be finite cling to infinity with our stories of afterlife, of reincarnation, of scientific possibility?

Here on this weenie little mote.

And yet: the dice stood on their corners. Did his hand touch mine when I picked them up for another roll?

A society so adept at channeling desires, at controlling thoughts must perforce create monsters. When I think thoughts not my own, when experts tell me what to want and feel, and someone else’s desires steer me and my own die or hide, I am a monster. Never in recorded history have there been so many of us.

Unless religion did the same thing. Maybe it did. Was religion the advertising, marketing and entertainment of its age?

The democrats have a majority everywhere and still refuse to get anything big done. How would that work? What would be a step on the path to a big thing? How do you throw out those who should be thrown out, but have been preparing for the fight, without triggering 1. a (fake) civil war followed by 2. a (real) draconian crackdown?

It’s over so fast, the world, so constant and permanent at first, changing so quickly here towards the end. Concerns not so important as we take them to be. So many ways to hurt a soul, to inflict pain, and so many blown opportunities to allay it. Also, though, this: so much more to every second than just this.

There is curiosity. There are lions prowling our neighborhoods. There is the possibility of everything while we (I) eat our (my) breakfast rolls and quietly die vor uns hin, someone talks to foxes in their dreams.

My wife met a fox on the sidewalk before our house one night, for real, which (reality) although hard to nail down we sometimes see as the opposite of dreaming.

Rod Serling: But is it?

What is the difference between loving someone and touching someone? Why touch them, anyway? Does it reduce pain or multiply it?

Five thirty in the morning, dark as shit, he looks for something at the kitchen table. Will he find it? He looks for peace and love and happiness. He finds joy and sadness do not contradict. He wants his daughters to smile, and mean it.

Do you know I’m here for you? Am I failing you? Isn’t that what father’s do?

Just got off the phone with my mom. She just had two bionic knees installed. My understanding is this works like this: they take a saw and trade your old knees for new knees. The funny part is, she’s already walking around, and is not taking any painkillers. Zero. This woman should be cage fighting.