How do you do things?

How?
How do you complete something you set out to do?
I never get anything done. Not on my own.
I mean: I have finished a couple first-draft novels on Nanowrimo in past years, but that required such an exhausting expenditure of nervous and emotional energy I nearly stopped writing afterwards.
Especially in the year when I did *two* novels for Nanowrimo.
But I lack that energy now, and I lack focus, and other things are going on, and so forth and I find myself sitting here, wondering, how do you guys do it, you guys who finish things. I am thinking of creative projects – how do you artists actually finish one painting and then start the next – how do you photographers get yourself outside taking pictures, or into the studio, or whatever – how do you musicians music? – but this would apply to non-creative projects as well – fixing one’s relationship, parenting, planning, household chores, shopping for a new suit, looking for a new job.
How do you do it?
How do you do it?
Only collaboration works for me. I am getting music done thanks to Horst. Evco got off the ground because it was a group project and because, at the end, Ute grabbed the controls from my paralyzed hands and landed safely.
But other stuff – writing, painting, photography – I sit on ideas until they calcify and inhabit my body like unborn twins.
I guess I have answered my own question, for me – I need a project manager, I need a collaborator.
How do you do it?

Dear Mig,
Silver nitrate solution sloshed out of my dipper tank the last time I was making wetplate collodion photographs in my backyard and by the time I noticed I had dripped a trail of photosensitive heavy metal solution down the cellar stairs, across the big room in the cellar into my workshop, which exposure to ultraviolet light was rapidly turning black. What should I do?
Sincerely, Photosensitive Heavy Metal Solution Stainer Dude

Dear PHMSSD,
Easy peasy. Take some sodium thiosulfate fixer solution, wet a paper towel and use that to wipe it up. Wear gloves, because I think I remember hearing it’s carcinogenic. Works like magic on tiles. Pets and carpet, not so much I figure. Under no circumstances use cyanide fixer, because that contains cyanide and will kill you. And safety goggles, because silver nitrate in the eyes will blind you. And remember this is time-sensitive: you must get it all cleaned up before your wife notices, or she will ask you to finally get all these funky chemicals out of the house and into storage somewhere with better fire insurance.
Regards, Mig 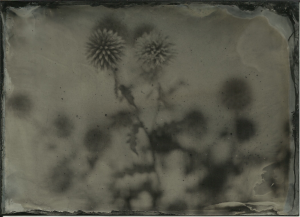 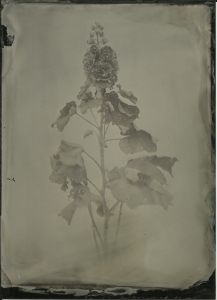 Posted by mig in Metamorphosism, photography 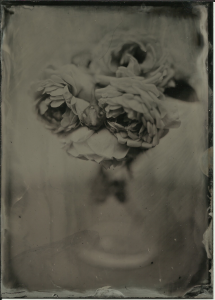 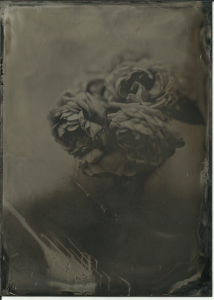