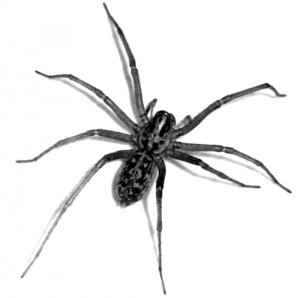 where the woodlice play

Where the worms run deep

And the ghosties sleep

Where the thorns are thick

And the mud is slick

And the wood is stacked so high

Come outside and I’ll tell you what

You whisper in your dreams

When you lie in bed and

Come outside when the sun goes down

When the wind is cold when

the rain is strong

When it starts to snow

and I’ll tell you what

you want to know.

Tags: come out to the woodpile, come outside, hobo spider

to the woodpile. The air is sweet and the clay is cold. Let her sleep while you stare at the apple tree and decide which limbs to prune. Plum tree too.

The day is cold but over quick enough.

There’s enough to hear despite the ringing in your ears: a scratching pen, a passing car, the clicking of a working house, a sigh, coffee beans grinding.

The stretching of a cat.

The air is sweet so come outside for a little while and let the young one sleep.

Tags: come out to the woodpile, hobo spider

They came upon a spider

Sitting upon a woodpile.

It was a friendly-looking chap. Friendly enough, at any rate. It put down the poisonous four foot snake it was eating and acknowledged their presence.

Motherf, said the spider. Where’d you come from?

Us? said the first. What about you?

Everyone knows where I came from, said the spider, asshgr.

What is with your unusual manner of speech, inquired the second.

I have rare form of Tourette’s today, which compels me to utter obscenities while rendering me unable to actually get them out. It’ll pass, said the spider.

Snake helps, in fact, so if you don”t mind, said the spider.

The first one and the second one both nodded and gestured, as if to say, please, don’t mind us.

Who was that, said the first one, when they were out of earshot.

It looked like a hobo spider, said the second, a very large one.

Then we are on the right path.