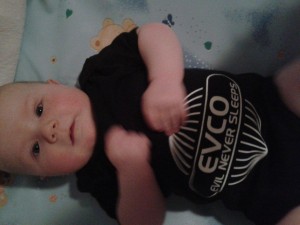 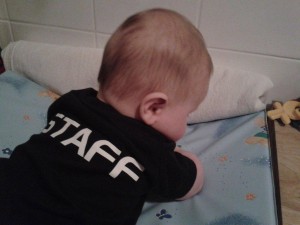 See, the morning rants on the way to town are not in vain.

In school recently, teacher asks So who can explain the differences between a planned economy and a free market economy?

And Gamma raised her hand and explained, because we had just been talking about it.

And what conclusion can you draw from that? the teacher asked.

After the revolution the rich will be lined up against the wall and pew-pew-pew, is what Gamma did not say, because that’s still a secret she can think for herself. No, she said something achieving an optimal mix of the two.

Of course, if the teacher asks about the benefits of nonsensical, complicated technologies designed to generate a stream of revenue rather than any actual customer benefit, my morning sermons will be less useful.

The Law of Conservation of Cats

The law of conservation of cats, also known as the principle of cat/feline conservation, states that the number of cats in an isolated system (closed to all further adoption or other forms of acquisition of new cats) will remain constant over time. This principle is equivalent to the conservation of energy, in the sense when energy or cats are enclosed in a system and none is/are allowed in or out, its/their quantity cannot otherwise change (hence, its quantity is “conserved”). The number of cats in an isolated system cannot be changed as a result of processes acting inside the system. The law implies that the number of cats in an isolated system cannot be altered, although it may be rearranged in space and changed into different cats; such that every time a cat “owner” lets one gray cat out of the house, a second gray cat will come back into the house, and for every red cat that exits the house, another red cat will enter, and especially if a red cat and a gray cat both leave the house at the same time, another red cat and gray cat will stumble all over each other rushing back into the house before the door can close, no matter if it is four in the afternoon or three in the morning, even if they have been let out and in fifteen times in the past hour, because  the number and color of cats going out of the house must be equal to those coming back in.

Goldschmutz – Going to Mass on Sunday

Just in time for Easter. Video from a family outing to a nearby pilgrimage church a couple weekends ago. Music is me on tin whistle (Going to Mass on Sunday – traditional air) slowed way down, and theremin thru several effect devices. NSFthose bothered by holy relics.

Mr. Cordyceps decides to approach life scientifically, to the extent that he is capable of that, in the sense of testing hypotheses. That is, he decides to conduct a series of experiments in which he devises a hypothesis, then tests it in the field, after which he will consider the hypothesis disproven and reject it, or  proven, and accept it, or adjust the hypothesis and test it further.

The first hypothesis he decides to test is that his wife is always right.

The results of this initial experiment are as follows: the hypothesis is true, his wife is always right.

The second hypothesis he decides to test is that, ceteris paribus, there is a causal link between caloric intake and body weight. This hypothesis also corresponds to experimental data.

Mr. Cordyceps decides to continue his scientific investigation of life.