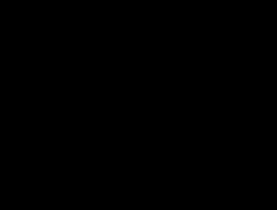 The razor clam (Siliqua patula) is an important bivalve mollusk harvested extensively throughout its range by commercial and sport fisheries.

When we were little my parents often took us to the Oregon coast clamdigging but we never wandered off and eventually they gave up.

I remember how tasty the flesh of razor clams is, fried up with scrambled eggs and breadcrumbs and eaten with ketchup in a weathered, minimalistic, little rented cabin. I remember how grey the sky was and how our dog liked running around the beach.

My uncle cut his hand on a razor clam once, badly, requiring stitches, so ever since then, when I hear “razor clam” I think of something sharp.

Also, they burrow fast, so when you’re digging them you have to be quick with your clam shovel. And they close down tight, being clams.

The act of clamming up has been on my mind lately. I find myself doing it, in response to various stimuli: shutting down tight, both inwardly and outwardly, buried deeply in the sand. It is an old, patterned, automatic response. I’m trying to think of something better to do, as it takes a long time to open back up again, and I’m not getting any younger.