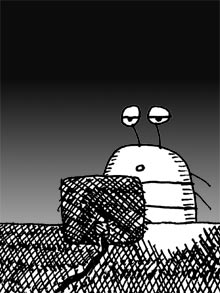 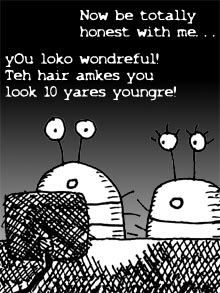 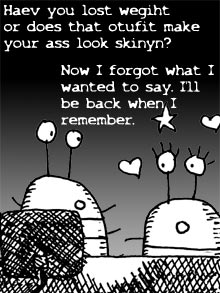 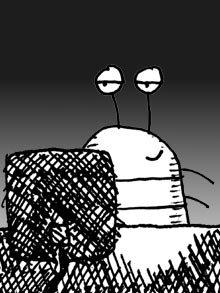 There was a special harvest mass at church in our village last Sunday. Gamma and her classmates all brought wicker baskets with vegetables, nuts, fruit and flowers. The priest blessed them and I suppose us as well.

The church has an old-fashioned cross-shaped floorplan. When mass was over, they opened the exits at either side. The one on the right led to the cemetery. The one on the left led to a sort of square where tables had been set up and decked with wine and open-faced sandwiches spread with Grammelschmalz, which as I understand it is the lard and crunchy bits left over after you cook a roast. It tastes damn good.

We went out that door.

He says he’s from Holland

I have begun to scratch backs.
Family members only, so far.
I find doing so increases the likelihood they will scratch mine.
This morning, for instance, Gamma was all, Left. Left. Higher. Yes. Now all over.
We took a delivery of wood this morning. A man driving a tractor backed a long green side-dumping trailer into our driveway at 7 AM and side-dumped three cubic meters of firewood. It made a real noise. Our cats were skittish for quite some time afterwards.
Gamma didn’t want to listen to my recording of Anner Bylsma playing Bach cello suites before school, so we played a few hands of rummy instead. Then we debated the pros (whee!) and cons (against the rules) of her riding her scooter to school. I walked her to school scooterless and drove to work.
I listened to the classical radio station but the music was boring so I listened to Anner Bylsma playing Bach’s cello suites because it is nice music and I am trying to learn the prelude.
I listened and listened and had to smile because you know what? Parts of what I play now are beginning to sound remotely like parts of what he plays. Or, when I listen to what he plays, I can now understand parts.
Only parts; other parts are still all WTF? But still, now it’s like listening to a language one speaks badly spoken fast, rather than a language one speaks not at all spoken in a train driving the opposite direction from the train you’re on.
I listened for quite a while, until I had a feeling I hadn’t had since I was 19 or 20 and in a cheap hotel room in Vancouver BC with thin walls next door to a man seemingly dying of emphysema but determined to cough out lobes of each lung beforehand. Coughing and coughing, non-stop.
It was that same feeling, the feeling of being next door to that guy in the crappy hotel room, except instead of the dying guy it was Anner Bylsma playing the cello.
Otherwise, the same.
So I turned off Anner and listened to the radio some more. Nothing wrong with Anner. He just needs a break. Next Easter when Isserlis publishes his recording of Bach’s suites I’ll have a little party and compare the two or something.
Anyway on the radio: Bach. Just like what Anner had just been playing, only on another instrument.
It sounded like the fricking Prelude, and it sounded like a banjo.
I was all, that must be a mandolin or something classy. But wouldn’t it be cool for someone that good to play Bach on a banjo?
When the song was finished, the DJ said it was B

Little-known facts about the horseshoe crab

For some reason none of the prunes on the trees have worms now. Earlier in the summer, when they were first getting ripe, it was gross. You had to examine every single one, and throw away more than half. Now you still examine every one, but none are infested.
Weekend: Saturday we did some stuff. Sunday we did some more stuff. Don’t ask me what, so long ago.
Saturday morning, I think Beta and I moved furniture at her grandparents’ house. It went well, I only squished her into the corner once and we damaged the freshly-painted walls minimally. Nothing got crushed etc and there was no blood and no tears and minimal sweat. Then we ate pizza and I went and lifted weights at the gym a little.
I say lifted weights. Worked out. I worked out at the gym.
A little.
Sunday morning I worked in the yard. I clipped some bushes. Gamma and I played catch with a tennis ball after Alpha and Beta went somewhere. Then Gamma took a shower, and then I did. Then I started to practice cello, but Alpha called and said put some food together let’s go on a picnic, so we did and it was nice.
In the afternoon, Sunday was all about the circus. Gamma had been promised a visit to the circus. It was my turn, and presented to me as if I would treat it like punishment, but I didn’t mind this year. Most years I try to get out of it. This year I didn’t mind.
It is the cheapest circus that comes to town. The others really fucking rip you off. This one is reasonable by comparison. Gamma and I – that is, a 9 year old kid and a grown man – got decent seats for Just messing around with flickr. Beta took some pictures on our way into Vienna a few days ago.