So my cell phone conked out last night whilst I was explaining to Alpha that I would be home late seeing as how I was stuck in a large traffic jam just outside our town. Totally died. I figured this was the end, as I had just recharged it the night before. Charged it again, all night, and tried to revive it this morning, but none of the buttons I pushed got any reaction.
Dead as a doornail.
Showed it to a few people at work, Look, my new cellphone is dead!
They laughed, as people do at the picayune misfortune of others.
Cooling my heels at a conference, I showed it to another colleague.
Just press this button, she said.
She pressed a button. It lit up.
Hrm, I said.
All Nokias start that way.
My other one didn’t, I said.
Whatever. I still didn’t have the PIN code memorized. Then I remembered that my nice friend who gave me the phone also recently emailed me the PIN. And luckily there was an Internet corner at this particular conference, to which I snuck out and logged into my webmail and the PIN was still there.
So now I exist again.

Woke up in a good mood. Not exactly woke up. Got up a few times during the early morning, set alarm ahead half an hour each time, finally got up around 5.30, 6.00, made coffee, ate some cereal, had a crap/read the paper, showered, shaved. Had a great BM this morning, maybe it was that. By the time I went upstairs to get dressed and wake Gamma, I guess I was in a good mood, because I was singing a song about underwear that I was making up on the spot, out of one of those off-Broadway musicals that run in our heads, belting it out, much to Gamma’s amazement. Then I rushed her to finally get up so I could take her downstairs and give her breakfast, a slice of toast with Nutella if she hurries, get up finally, get up, get up, I said. And each time she tried to get up I let her fall back down, or dropped her onto the bed, or flipped her over. Get up! Get up! Quit messing around, I’m serious. Quit fooling around! Do you want breakfast or not? Get up finally! So she was laughing by the time I finally really picked her up and carried her downstairs, fooling around on the stairs, pretending to drop her etc. Her grandmother was surprised to see her in such a good mood that early in the morning. She always just gives us dirty looks, she said.
Put my CD of Vivaldi concertos into the player on my drive, hit some ice at a stop sign, felt the brakes doing that CHAKACHAKACHAKA thing new brakes do nowadays when your car is on the verge of sliding out of control but managed to stop in time, took it easy on the rest of my commute.
Vivaldi cello concertos make me feel like I’m in one of those car commercials, it’s totally car commercial music. Shiny new car swooping through some swooping landscape with autumn foliage on the hills or purple mountains majesty or waving fields of grain or a coastal landscape in the background, filmed from a swooping helicopter. And some resonant voice saying something poetic in the background like, of course you want one of our cars, you’re a type one car buyer, you want a new car that won’t start nickling and diming you to death right away and will be almost happy when something rare goes wrong and it’s still under warranty, something arcane and electrical, and won’t think to ask for a loaner car while we hold it in the shop waiting for an organ donor because this is really rare, what went wrong, rare and electrical, maybe your wife is right when she says you have an electrical field that causes electrical problems with your cars, and new cars nowadays, they don’t even have distributors? They have some other shit? I could explain it to you but you’d forget it immediately because, you know? So you just want this car, believe me. Says the voice. And Vivaldi makes everything good and you can just smell it.
And I drive to work, alone because Beta stayed at a girlfriend’s place in Vienna last night, I’m taking her word for it, and I drive along and think or don’t think. Don’t hit a traffic jam until the very end, some road maintenance truck in the left lane and some Mercedes delivery van with Polish plates in the emergency lane on the right, and a police car behind him with his blue lights flashing. Various things go through my head, nothing useful like I imagine other people think when they drive, like how to be a more efficient employee, or how to actualize their true potential, or realize their deepest desires, or land that important account, or finally get that task done, or things like, “Moldova is the weak link: all I have to do is get the asbestos miners to strike, and then unrest will spread throughout the region, and the nuclear warheads will be mine mwahahaha,” actually, I did think that, come to think of it, but I mean, more things like those “100 things about me” lists, bits of telling dialogues, bits of information. Things like,

Then I got to work, and there was a space right in front of my building, just like in the movies. 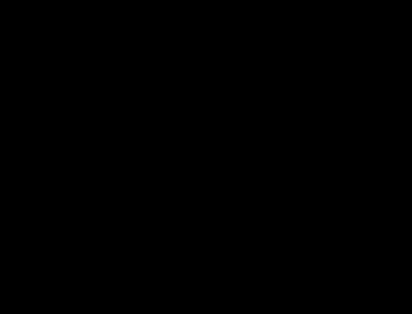 What are you thankful for?

So I ended up looking at this poem by Mary Oliver, Wild Geese

It goes on for a bit. I’m no judge of poetry. I can like a poem without knowing, would a critic laugh at it? Laugh at me for liking it?
Tell me about despair, yours, she writes, and I will tell you mine.
Meanwhile the world goes on.

Sitting at the dinner table last night, fucking tired, my mother-in-law says, “what’s wrong? You… I dunno.”
I said I was tired.
“Sad. He’s sad,” she said. “He’s sad,” Gamma repeated, and asked me why.
I don’t know if I’m sad. Am I sad? Do I miss my wife? That would be okay, since she gets home tomorrow. Because my new car has been in the shop all week and I was too stupid to insist on a loaner car and am now too embarrassed to raise the issue with them? That’s actually okay, I’ve been able to hang out with Beta on the train, mornings, and chat a little, and training is more relaxing than driving, and I get a nice walk in the morning, and there was a pileup on my route yesterday and the freeway was closed until 10AM, so the train hasn’t been all bad, actually.
Maybe it’s November. Maybe it wasn’t the usual fog that was depressing people, maybe it’s simply the month, and you’re depressed in November because the days are shorter or something, whether or not you have nasty fog or pretty snow, like this week.
Probably I just need coffee. Or to see a formation of geese fly overhead, if I could manage not to think about avian flu jokes. Harsh and exciting.
There’s more to it than all that, of course. It’s just hard for me to access sometimes.
What do you want, soft animal? What do you love?

END_OF_DOCUMENT_TOKEN_TO_BE_REPLACED

While Alpha is in Japan this week, Gamma gets to sleep in the big bed and kick the covers off all night. Last night, I read her a story and turned on the lava lamp as a sort of nightlight for her and tucked her in and she said, “Sartre’s slogan derives from a sentence in Heidegger’s Being and Time: ‘Das Wesen des Daseins liegt in seiner Existenz,’ which Macquarrie and Robinson translate, ‘The “essence” of Dasein lies in its existence’. In 1946 Heidegger maintained that Sartre had totally misunderstood the meaning of the claim, but certainly some of what Sartre develops from it can be found in Heidegger too. For the latter, the question of existence is not first of all a philosophical one but rather the question raised by any human being: ‘Who am I?’ The fact that we raise such a question is not, for Heidegger, an accidental feature of our psychology but a essential feature of our being: I am such that ‘in [my] very being that being is an issue for [me]‘. A philosophical inquiry into existence, then, is a kind of meta-inquiry into ‘that which one inquires into when one asks the question “Who?”‘ This, in turn, leads him to distinguish sharply between ‘categories’ and ‘existentialia’

The engine warning light is coming on in my new car. My father-in-law, who is a retired mechanic, offered to take it in to the dealer for a checkup. So I took the train into town with Beta this morning. We happened to get to the station early (Alpha rushed us in before returning home to finish packing for a business trip this week) and got an earlier train that, although it stops at every station on the way, got us into Vienna earlier than the later but faster train. That means we had more time to sit there and talk. Coincidentally, Beta prefers, like her father, to sit on the fold-down seat near the doors of the train, which is colder and noisier but 1)closer to the doors when it’s time to get off and 2) you don’t usually have to sit with or otherwise deal with other people. No idea why she prefers sitting there, her father prefers it because of both 1) and 2). So we sat there and talked about stuff. It was very nice. I enjoyed it. She is a pretty girl, and smart, with an appealing, intelligent sense of humor and I am awfully fond of her.

Then she got off, and I got off at the next station and walked to the office. It is about a half-hour walk, nice exercise and time to think. It was a little drizzly and quite cold, and there was slush on the ground from a recent snowfall, but I was bundled up. I get all sorts of good ideas while I walk. This time, I decided I ought to write down stories I told Beta when she was little, and stories I have recently told Gamma. And I also decided I really ought to get going on the new Bgu comix in my head, and pick out the best old ones and make a book and sell them to people.

So all in all, so far, good thing my engine light came on.