The sturgeon decides enough is enough and decides to finish turning that cluttered room in the cellar into a studio/workshop/whatever. He marches downstairs, opens the door, steps inside and stands there gobsmacked by the horribility of the mess.

He is standing there while his youngest daughter enters. “Dude, I would totally put a sofa right there,” she says. “Or a big mafia boss chair, at least.”

He throws out some stuff, then goes to bed and sleeps.

The next day he goes back down there and throws away some more stuff. Other stuff he arranges in boxes and puts away in an orderly manner. Slowly it begins to look better than before.

He stands at the work table going through papers he has, for whatever reason, saved. Post-Its with scribbles on them, for instance. You never know when you will need one of those. Instruction manuals for computers he no longer has.

A piece of paper reading, “I love you” in the handwriting of one of his daughters. Tapes that to the wall.

Later he finds a Valentine’s card his oldest daughter gave him when she was four or five.

This is time travel, it dawns on him. This is two tin cans connected by a string, stretched between him, now, and that little girl sixteen, seventeen years ago.

He holds the can up close to his ear.

He can hear her voice, as he reads the card.

“I am giving you a castle with lots of roses.”

The world is full of these tin can telephones, crossing decades, he thinks.

This is why he can’t throw anything away. You never know.

Everything comes to a stop for a minute, down there in the cellar.

“I am giving you a castle with lots of roses, just for you and me.”

That’s all they want from him, he realizes. That is the only thing – for him to be happy.

Everyone who loves me wants only for me to be happy, he thinks.

So he decides to be happy.

His oldest daughter, she of the time traveling tin can phone, writes of her trip through India and he is happy, amazed at her talent for writing, her eye for detail, her heart for the world.

His youngest daughter informs him that he has to drive her into Vienna before work tomorrow for a dance lesson. He asks her what sort of dance and she says, pole dancing, and he is happy.

He plays cello with his teacher at a lesson and at one point the beauty of Vivaldi moves him to the verge of tears, and he is happy.

He tapes the Valentine’s card to the wall of his shop. Then he throws away some more junk. 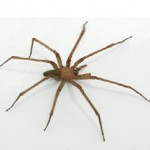 This year's judge: the Hobo Spider

Due to time constraints, and because it is sufficiently arbitrary and unconstrained by considerations such as fairness, the Hobo Spider was selected to judge this year’s limerick contest. (The entries are here.)

The Lifetime Achievement Award and the 2011 Daunting Proficiency Award both go to JANN this year, the first double award in the history of the contest. I think. I’m not sure and I can’t be arsed to go back and check.

2011 Poet I’d Most Like to Bite on the ankle award goes to Patti.

Snakebearer Award goes to Schnitzi for finding a rhyme for Ophiuchus.

And, finally, this year’s winner is Joeri.

Congratulations and thanks to all participants!

It is a great pleasure to announce the opening of the 2011 metamorphosism.com International St. Valentine’s Day Limerick Contest.

Winner’s will be announced on Valentine’s Day, 14 February 2011 unless I’m having some crisis or something.