I’m pretty sure it was a call I got and not an ESP message because a conversation was involved and ESP messages are more one-sided experiences of sensing something – something just happened, someone is about to call, whatever. Say it was a call, and the kid said her car died after reaching Vienna and she left it in a bus lane and got a ride into town.

Being ostensibly the alpha male now, things like cars abandoned in tow-away zones and cat… solids are my purview, so I initiated nervous breakdown proceedings and looked for the car on my way into work. Luckily for her, Beta had taken bridge #2 and not bridge #1, which has no good places to stop when your car breaks down.

I eventually found her car, and she told me to put a sign on it so they wouldn’t tow it, and told me exactly what to write, I always do best with clear instructions, and I went to the shop across the street and bought some clear tape and some off-brand Saran-wrap stuff because they didn’t have clear plastic things to put your paper don’t-tow-me signs into, and taped all that to the window and went on to work, hoping they wouldn’t tow it and relieved to have that step behind me.

We telephoned some more during the day, and met after work to have a look at it and maybe move it to a better place. The auto club guy had said he would be there some time in the next 6 hours and would call half an hour in advance. As we were looking at her car and trying to start it another car pulled in front of us, also a breakdown.

Beta’s car wouldn’t start, meaning it was, most likely, the alternator, known as the Lichtmaschine in German, meaning light machine. And not the battery, which is a pretty good one, and fairly new.

It wasn’t the fan belt, I didn’t think, because it seemed to be doing proper fan-belt-like things. And it wasn’t, like, moisture in the distributor, because I don’t think diesels have distributors, right, and moisture always seems to involve praying and angels, at least in my experience, and there was none of that.

Then as I was helping the guy who broke down in front of us push his car into a safer position,  Beta got a call that the autoclub guy would be coming soon. We went to my car to look for her gloves, which she had lost and thought she might have left them in my car but didn’t, as it turned out and when we got back the autoclub guy was already parked in the lane next to Beta’s car (I eventually found her gloves in the snow behind her car).

So it took the guy less than 30 minutes to get to her car, and so on. That must be a good job, being an autoclub guy, because everyone is always so happy to see you! Like the opposite of being a dentist. Greeted with open arms and smiles everywhere you go.

Fuck, it was freezing out. This nasty Viennese wet cold that sucks your body heat out through your hands and the soles of your shoes.

The man said it was the alternator. Beta’s car started right up when he gave it a jump, but the battery wasn’t loading when he checked it with his potentiometer or whatever. Some box with two alligator clips and a dial. He got a crowbar and gave the alternator a few whacks but that didn’t help, strangely. I guess that means it wasn’t, like, frozen and was seriously broken or something.

Beta got her car towed to a mechanic, or, rather, the auto club guy organized that.  And the mechanic will fix it. And all will be well.

Beta kept thanking me. I kept saying, I have a lot of car-breakdown karma to work off. Late-night pick-ups, flat tires. Once, before Alpha and I got married, we went for a drive around the Olympic Peninsula and I had my light machine fixed beforehand, rebuilt at relatively great expense, to lower the chances of breakdown out in the middle of nowhere, and as soon as we got to the middle of nowhere, the alternator began to burn. Swiss tourists who gave us a lift to the nearest pay phone, on the side of a hotel at the beach, laughed the whole way. I called my dad and we watched whales for four hours until he showed up and towed me to a supermarket parking lot with a tow rope so amazingly short I felt like Luke Skywalker doing the Death Star, that level of concentration, while my brother, who had accompanied my father, sat in the passenger seat and told me stories so funny that my eyes filled with tears and all I could see was the bumper of my dad’s pickup truck a couple feet in front of my car as we tore down narrow forest roads.

So I told Beta I didn’t mind standing around with her in the snow while the auto club guy made everything right.

Thoughts upon getting the car back from its annual tune-up 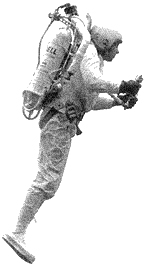 Assistant manager: Here is your jetpack, Mr. Living. It has received the full upgrade.

Assistant manager: Here, listen to this.

Customer: I don’t hear anything.

Customer: Improved? Sure hope so. That didn’t work half the time before.

Assistant manager: I know. We had lots of complaints.

Customer: It kept breaking. And it was so hard to change the refills.

Assistant manager: That problem’s been solved. No need to change them anymore, you just bring the whole thing back to the shop and we change it for you.

Customer: Um, what? I can’t change them myself at all now? What about the spotlight bulbs. What happens when they burn out.

Assistant manager: Er, yeah, same maximum convenience! We change them for you now.

Customer: I hate that.

Assistant manager: It takes a special tool that only we have.

Customer: I’m almost afraid to ask — what about the fuel cells?

A truck hit a bus, which jumped the center divider and hit a car and made a big mess. The freeway was closed for hours so my wife took me to Dots, an experimental sushi bar on Mariahilferstrasse in Vienna. Looking for the address online, I found a page of comments either complaining about the service or remarking on the hotness of the waiters. Maybe there was a slight element of slapstick to the service – our waiter brought us a neighboring table’s order (“Looks great, though!” I chirped) and forgot my dessert – I can’t really verify the latter. Our waiter was handsome, but the rest were fairly ordinary, albeit with perfect hair. Main thing, though – okay interior design I guess, except maybe those big framed Marilyn Manson photos with the mouse ears – the food was really, really good. It was the best sushi I have ever eaten.

Not so sure what to do with the “experimental” adjective. Not clear to me what hypothesis they were testing. The hypothesis that this would be good tasting food? I liked it a lot. Interesting and more importantly tasty combinations (the black tuna, which I am mentioning only because I forget everything else had black sesame seeds, poppy seeds, and maybe coconut?). The adjective “experimental” puts me off when applied to non-scientific pursuits like food, or literature or music. I find art experimental by nature, and much of what is called experimental art or music or whatever blah blah blah etc etc.

After eating there – I’ll be  back, but will make reservations first (the vodka/lemon sorbet dessert was also tasty) we headed home (on our way to our cars, parked at the Museumsquartier, I bought the comic book “The Wise Robot will answer your question now” by Tom Gauld (from which I took the title of this post) from a vending machine because I like the idea of vending machines selling comic books), in separate cars as we’d arrived at different times from different quarters of the compass, and our freeway onramp was closed, not due to the accident as I’d originally assumed but due to construction.

I went one way, my wife went another way. She phoned me at one point to tell me how lost she was, which streets she’d driven down the wrong way, etc. Little did she know she was doing a lot better than I was. I was taking an existential detour. My road had no exits. It was pitch dark. One of my headlights was apparently misaligned because other drivers kept flashing their brights at me. There was construction, and the speed limit was way low and the roads narrowed to one lane, and nothing but shit on the radio. It was pitch dark, did I say that already? I did not know where I was or where I was going. I sort of had the feeling I was heading north, after which I’d head west first chance I got, and look for something that looked familiar.

At one point I was not actually in the Czech Republic, but way closer than I wanted to be.

I was on a tiny, narrow country road that would go uphill, in a landscape that had appeared perfectly flat, steeply uphill, winding switchbacks. Or it would plunge down into some valley. At least the weather was okay.

I planned to start taking bigger roads. At every intersection, I would take the larger road, I told myself. That way, I would eventually return to civilization. But the roads kept getting smaller, including the one I was one.

Eventually, they got so small that I had to get out and carry my car. Which is okay because my car is so small.

At some point, after a long time, I was in bed swapping Getting Lost stories with my wife. She was asleep, though, so I had to whisper.

My car is in the shop today to have a thing hanging down repaired — a bit of black plastic trim off of which a little thing broke, which had been holding it to the metal part, causing it to hang, you know, nothing serious but sort of ruining the whole look, like a dangling false eyelash on a friend’s alcoholic mom when you are a kid, and you can’t just fix it with black duct tape because this is Austria or something. Hence I am driving Beta’s car, inflammatory bumper stickers and all. Dropped Gamma at school, got out to fix the outside mirror someone had dislocated, in the parking lot I suppose. Discovered the battery was dead upon getting  back into the car and trying to drive away. I thought I had turned off the radio and heater when I parked last night; maybe it was just the cold, but probably I forgot. I called my wife and she hurried over with jumper cables. I stood around in the falling snow for a few minutes, waiting, then sat in the car. When she arrived I hooked the cables (a first for me, in 49 years, can you believe it?) and it started right up. She suggested I bring the cables with me, which I did. Was careful to turn off everything I could find when I parked at the office. Lights, heat, radio. Also I packed a lunch today so I wouldn’t have to go out into the snow at lunch, but it lasted only 9 minutes on my desk so ehn. PS Beta don’t get excited about your mirror, it’s totally fine again.